How to Not Get Struck by Lightning - Published in Elevation Outdoors, June 4, 2019 as Lightning Strikes 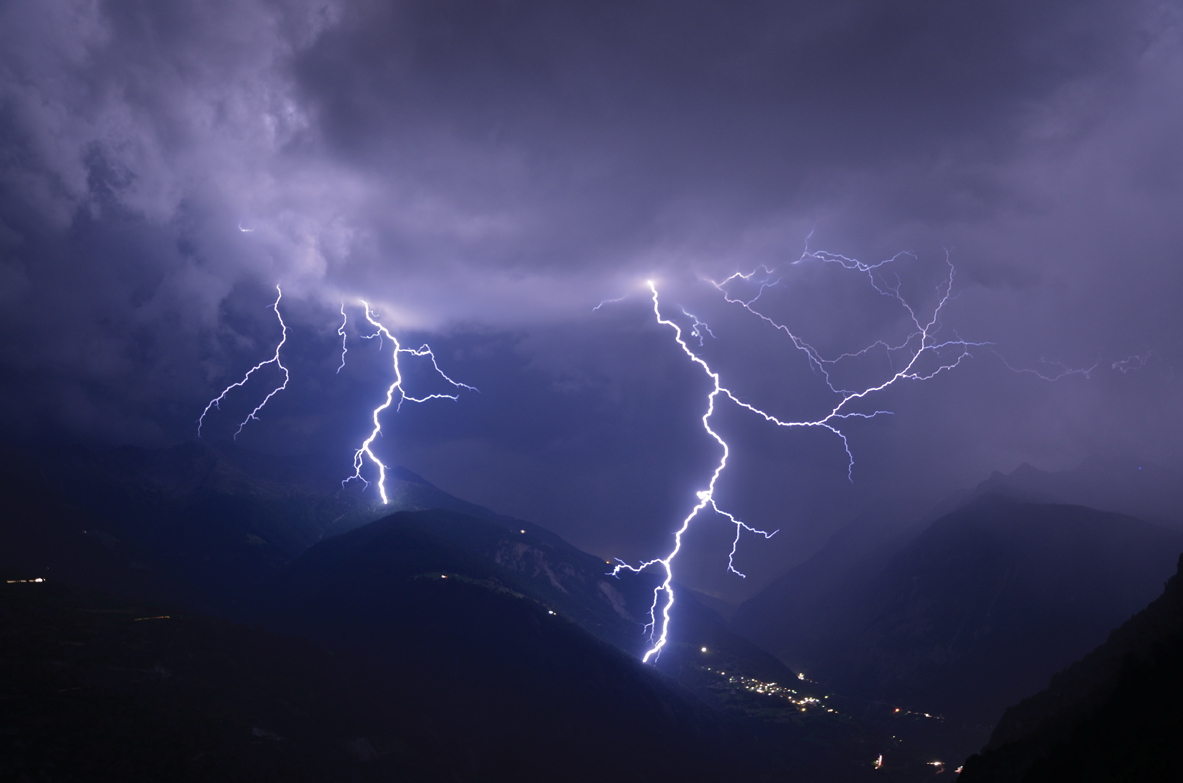 When the mountains called, they hadn’t mentioned anything about getting struck by lightning being part of the plan. They beckoned and I got my boots on and headed for the Bear Peak trailhead, only to find it swathed in heavy gray clouds.

I should have listened to second thoughts. Colorado averages 500,000 ground strikes a year, most of those in June, July and August. Since I was hiking in October, I thought it would fine. More importantly to me at the time: I’d recently relocated to the Front Range from the rural Southwest and the city streets were closing in on me.

Besides, at 8,500 feet, Bear Peak was just a wee mountain and, though I’m not usually one to follow the crowd, I saw plenty of people who looked like they knew what they were doing heading out and I lemminged right after them. Right into one of the most hair-raising experiences of my life—literally, once I hit the peak, the hair on the back of my neck stood up and I immediately turned to go. Within five minutes the storm unleashed with a terrifying assault of sleet, hail, thunder and lightning.

That’s when I realized my mistakes. For one, I’d hiked, on purpose, to the second highest point in the Boulder Mountain Park when it was completely socked in. Though I hadn’t witnessed any lightning or thunder up to that point, as weather.gov points out, the first lightning strike is just as deadly as any other and we all know how much lightning just loves high points like ridges and trees.  Second, once the storm let loose, jabbing lightning fingers all over that mountain? I had no idea what to do. I knew I couldn’t hide under a tree, but what about a boulder? Should I just run? I ended up running which, turns out, Runner’s World Magazine highly recommends if you can do it without plummeting off a cliff.

When I asked Patrick Kerscher, operations manager for El Paso Search and Rescue, about the best to-do’s, without hesitation he said, “Be aware and avoid the situation to begin with. Climb early to avoid the afternoon storms. Get out of the situation as quickly and safely as possible. If you’re in a group, spread out so a strike won’t take everyone out and there will be someone who can go for help or perform CPR.”

If you just gotta go, check the forecast. Dave Christenson of Rocky Mountain Rescue told me, “The weather service does a good job of predicting lightning.” Once there’s lightning, its behavior is almost impossible to predict. It can strike from clouds ten miles away or travel along the ground far from the original strike. NOAA, weather.gov,  and several other sources state, usually with an exclamation point at the end, “There is NO safe place outside during a thunderstorm!” So there’s that.

A study by the National Weather Service on lightning fatalities between 2006 to 2017 found that most people who get struck had shelter nearby, but waited too long to seek it. Trees, dugouts or picnic awnings aren’t shelter, they’re lightning rods. For true safety, nothing beats a car or building. Check out Weather.com for more lightning information.

June is smack dab in the middle of Colorado’s busy season, lightning-wise.  I made it off the mountain that day only breaking my phone, but according to the National Park Service, “On average, eleven people die from lightning each year in Colorado,” and Colorado has ranked 4th in the nation for lightning fatalities...since 1959.  Last year was one for the records, in a good way: Colorado had zero fatalities in 2018. Don’t be the one to break our winning streak.—Donna Stewart

Donna Stewart is a freelance writer and the author of Yoga Mama’s Buddha Sandals: Mayans, Zapatistas and Silly Little White Girls. She gets herself in impossible situations all the time. They make great stories!

To See the Article as Published in Elevation Outdoors:
https://www.elevationoutdoors.com/author/donna-stewart/
Posted by Donna Stewart at 7:59 PM No comments: