How to Exorcise the Bogeyman: Mulling Over the Clean Power Plan 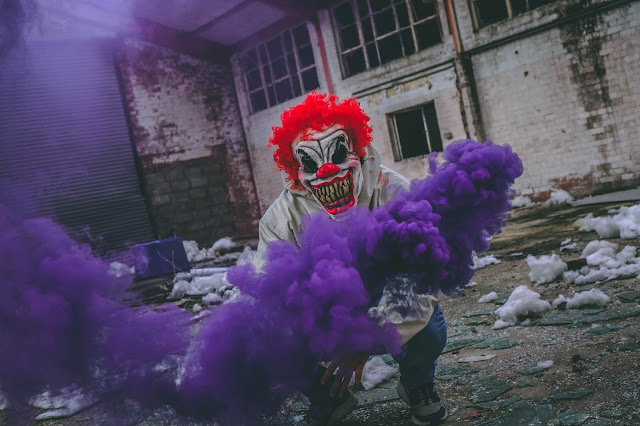 How to Exorcise the Bogeyman: Mulling over the Clean Power Plan


“With this bellows I will pump the flames of this fire which looks like from Hell, and witches will flee, straddling their brooms…and when this beverage goes down our throats, we will get free of the evil of our soul and of any charm.”

In some Japanese rituals, evil spirits are warded off by throwing roasted soybeans. The Irish started the ritual of dressing up and carving pumpkins to ward off evil spirits and since the eleventh century, some Gaelic tribes ward off evil spirits by chanting the above conxuro (incantation) during the Queimada, an ancient ritual that involves drinking from a flaming pot of very strong distilled wine, coffee, sugar, lemon peel and coffee beans. I’m game.

Halloween’s coming up and goblins, ghosts and ghouls are parading around homes and towns, especially D.C.. Remember that movie, The Last Rain Forest? Remember Hexxus, the evil pollution-chugging ancient spirit of destruction who thrived on poison fumes and oil spills?, With the latest intention to repeal the Clean Power Plan, I’m starting to wonder if monsters like Hexxus could be based on real characters. Ahem.

Here’s “some” good news about that: According to the Wall Street Journal, New York Times and a few other semi-reputable news outlets, many of the nation’s largest power companies are claiming that even if the move to eliminate the Clean Power Plan succeeds, they’re planning to move forward laying the groundwork for renewable energy and nothing will change that simply because clean, renewable energy makes the most economic sense.

With what’s at stake, it seems like only the bogeyman or some other evil spirit would try to send  us back to the days of black lungs and smoggy (er) skies. Colorado Governor, John Hickenlooper, says the repeal won’t matter in Colorado because we’ll exceed the Plan’s guidelines anyway. Colorado is already closing coal plants and developing infrastructure and jobs in renewable energy.

“We have dramatically cleaner air and we are saving money. My question to the E.P.A. would be, ‘Which part of that don’t you like?’” Hickenlooper noted in a recent New York Times article.

In an interview with CBS, Janet McCabe, a Senior Fellow at the Environmental Law and Policy Center and one of the architects of the Clean Power Plan, said “This administration is doing all kinds of things to try to prop up this industry but we’re finding that because of increased cost, increased automation…there are all kinds of reasons why the coal industry is not thriving.”

By repealing the Clean Power Plan, by stepping back from Paris, “This administration is basically telling other countries, Okay, you can be the global leaders, and you can make the money that WILL be made by investing in a clean energy future.”

Wind farms and solar farms are already developing all over the U.S. with impressive ROI. In Fowler, Indiana, energy giant BP opened three wind farms, reviving an economy that was considering opening up a waste dump in an attempt to generate jobs. BP’s farms have resulted in $17 million in payments to the county and $33 million invested in roads as well as creating over a hundred permanent, professional pay grade jobs. A recent Department of Energy survey found that this year there are 374,000 solar induastry jobs while only 160,000 people have been employed by the Coal industry.

Another consideration to ponder: Right now, China leads the world in renewable energy development and manufacture. Want more of that here? Let’s chant away some evil spirits. The EPA has a 60 day public comment period before a final decision will be made. You can take a moment to make a comment here:

But wait! How about locally? Is LPEA ramping up plans to bring green energy to our fair city? Why don’t you ask them? Start chanting. Write, Call, or show up to meetings and ask them where we are and share your thoughts: email: contact-lpea@lpea.coop or call: 970.247.5786 or 888.839.5732

Donna Stewart is a freelance writer and author of Yoga Mama’s Buddha Sandals: Mayans, Zapatistas and Silly Little White Girls, available at local bookstore, public library, Amazon.com or Barnes&Noble. You can see more of her work at www.donnastewartwrites.com.
Posted by Donna Stewart at 10:28 AM No comments: