Looking Forward to the heart Wrenching

On Monday morning, Nila and I went to the Rec Center where Mommy got to do a little reading while working out on the exercise bike or the stairmaster.  It's pretty much the only way I can get a little reading done, and it's a service for which I am extremely grateful.  The daycare is usually not very busy and I really need to stop telling folks how good they are there because on this particular Monday, my friend Shona brought her little boy, Walker, so she could get a little piece herself.  So i went upstairs and read my book on Chaco Canyon while climbing imaginary mountains on the stairmaster...and I just about can't get to this next part fast enough i need so desperately to purge some emotion around it.  But when I went back down I watched through the window at the door for a few minutes.  I like to see what goes on with no parents and I like to be able to watch Nila when she doesn't know I'm there and watch her solve puzzles or play with toys.  It warms my heart to see her enjoying herself and being independent from me.  Today she had a pair of plastic glasses that were in the shape of feathers and she was pretending to be an owl.  She and Walker had played a couple of times before so I thought they would play together like friends, but instead, there was another little boy there who was a little older and Walker was playing with him and they were both ignoring my sweet Nila as she ran up to them with the glasses on trying to be funny and singing, "Hoo!  Hoo!"  She was pretending to be a little owl while they were running around and darting in and out of this big fake tree they have in there, my sweet girl was trying to get their attention by running alongside them and singing, "Hoo!  Hoo!" with her little glasses.  My heart felt like someone squeezed their fingers around it and my  lips pressed together to contain the lump of sob that got caught in my throat.  I walked in and called her and said, "Wow!  What a great owl you are!" and decided not to mention anything about it to her.  How can I protect her from these things?  Am I supposed to?  last night, Darren said he didn't know if he could take the disappointments she would inevitably have to face.  I'm not sure I can either, but it sure beats the alternative.  Man, I love that little varmint.  I don't want to see her have to pick up the pieces, to be embarrassed, to struggle through friends disappointing her.  And it will happen.  I can only hope that I find the right words to share with her and that I never forget to hug her when something like this happens.
Posted by Donna Stewart at 3:25 PM No comments: 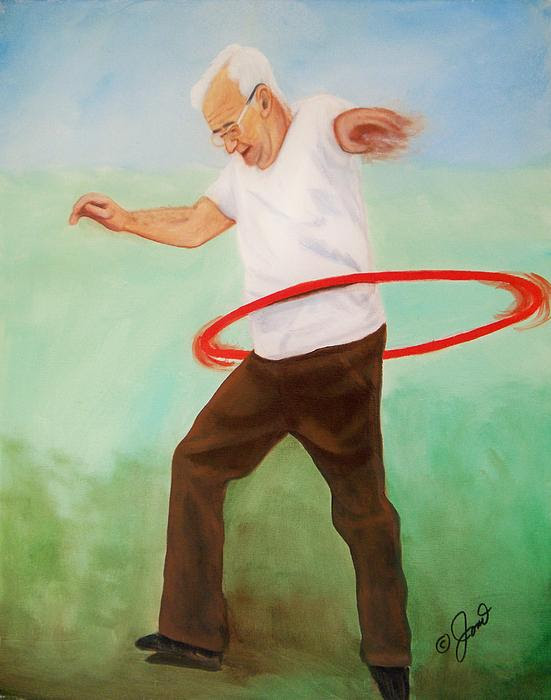 Of course by the turn of the 21st century, those same baby-boomer teens from the 1960's had grown up, and suddenly they realized that thirty wasn't so old, after all.  People started to question the stereo-types of age and the results have been that sixty year olds these days may be just as likely to take up rock climbing as twenty year olds.  To which I cheer, “YES!”
Living in Colorado, the land of perpetual youth and man-children, taught me much more about age and ageism.  I had one of my first major lessons when I was in college and I took an avalanche training class.  The class took place on the coldest mornings in Colorado that year, near the top of a dazzling 11,000 foot peak of rock, ice and sun sparkling snow.  The teacher was a beautiful, strong woman…in her 70s.  We trudged up and down that mountain in the thin air all morning and on every climb, that gorgeous woman beat me to the top and seemed to be barely winded.  Meanwhile I was gasping and wretching up breakfast as discreetly as I could to the side.  On a similar note, while snowboarding at ski resorts I’ve yawped with sheer glee following ten-year-old friends as they zig-zagged paths through pine and spruce forest.  I hucked off of cliffs I never would have found on my own and laughed when a tree unexpectedly dropped a branch load of snow on my head when I paused to take in the wildness so deep in the forest with a waxed board letting me float atop chest deep snow.
Posted by Donna Stewart at 9:26 AM No comments: